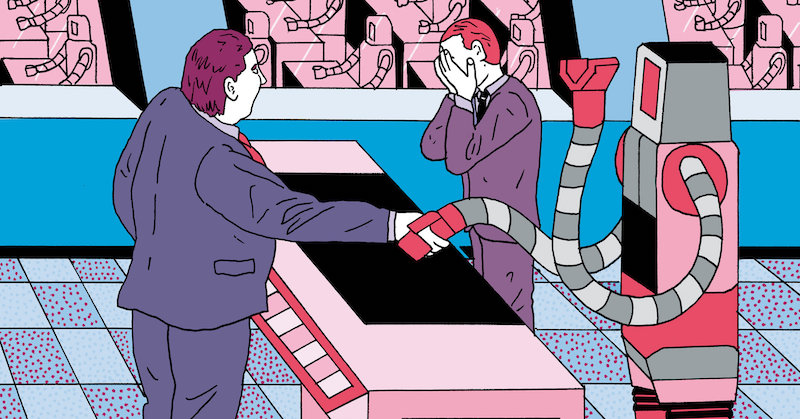 A few years ago, I discovered that my high paying tech job had been automated away by new technology from Google. A victim of their never-ending quest to make their computers more accessible to software developers - I was out on my ear.

That technology is called Kubernetes and it was released by Google as a free and open-source project to make deploying and managing programs - the product of development teams - much easier. My job as a ‘DevOps Engineer’ - a recently invented role that specialises in quickly deploying and managing these programs - was in jeopardy. As this new technology became ubiquitous, I have had to move on to new pastures.

Being a DevOps engineer was never particularly fulfilling. Calling it ‘engineering’ is a bit of a stretch. Lots of copy and pasting from the internet - very well paid monkey work. Work that was always on the table for being fully automated away - just as soon as the real engineers could get round to it. Which they did in 2014 with the first release of Kubernetes.

I developed a process - the Skill Sprint - which is designed to upskill the Development team with what they need to know to use Kubernetes. This process proved to be very successful at building this special knowledge into the tech team. There is no online learning in a Skill Sprint - too slow and inefficient for the developers’ valuable time - just me and a couple of devs locked in a room for a week until they were able to get their programs working on this new platform.

There is a terrible myth in tech: Those who have the potential for coding can do so by taking some online course from providers such as Udacity or Code Academy. These providers are not incentivised by your success on these courses - only by your continuous engagement. For me - the idea that taking an online course can transform your career - is somewhat laughable. They just don’t work for the vast majority of people.

This is primarily because of two reasons. Firstly - Tech knowledge is ‘tacit knowledge’ - the application of this knowledge depends completely on the context of the problem that you’re trying to solve. You can’t just learn something from an online course and apply that in your daily work. Their examples are too abstract and they rarely teach you anything which has any real power. 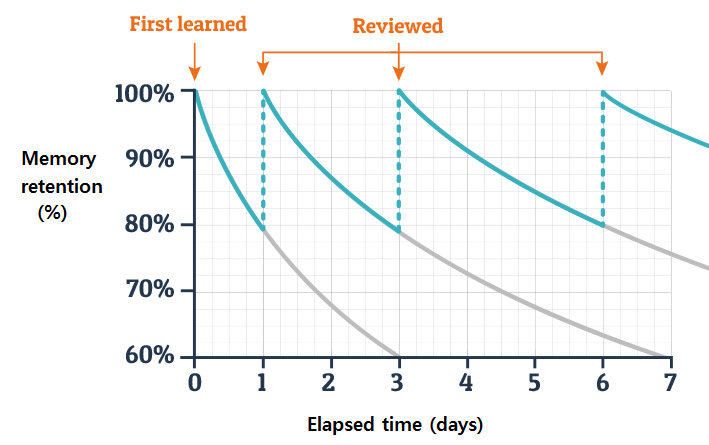 Secondly, The forgetting curve. Our brains forget things almost as fast as you can put them in. Forgetting is exponential. After 24 hours you have already lost 50%. After 7 days you would be lucky if you have retained 10% of what you learned.

Online courses don’t care if you throw your precious time into the abyss - destroying hope and confidence along the way - but I do. If you want to learn to code then you have to deliver on a real use case within a defined process that respects your actual abilities to learn and retain information. Our Python Skill Sprints provide a framework for learning and applying new abilities that directly address the problems in acquiring tacit knowledge and tool you up for combatting the forgetting curve.

Employers have known for some time that “training” is something of a bottomless pit. Time spent in training is time that the employee is not doing their job. It’s quite rare that an employee will come back from a training course with anything immediately useful to the business. The employee returns to a heavy backlog of work and rapidly forgets everything that they just learnt. Python Skill Sprints are designed to revolutionise this pattern by delivering knowledge to the employee on the job. Rather than learning skills by manipulating tired artifacts in a training centre or online course - we work with the learners to directly deliver value to their organisation within the Skill Sprint process.

You can guarantee that the machines are coming for your job sometime in the future. Perhaps you have a lucky niche but if your job involves a lot of manual manipulation of spreadsheets, copying, pasting or other similar tasks then you can be sure that there is a team of developers somewhere working on the problem of automating your job. Our only hope is to automate it first and become the master of these machines.